You are here: Home / Authors & Artists 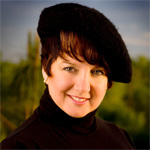 Shawn Aveningo-Sanders is the author of What She Was Wearing, an inspirational book of poetry/prose that moves from tragedy to empowerment. Shawn’s poetry has appeared globally in over 150 literary journals and anthologies. She’s a Pushcart nominee, Best of the Net nominee, co-founder of The Poetry Box press, as well as managing editor for The Poeming Pigeon. Shawn is a proud mother of three and shares the creative life with her husband in Portland, Oregon. (Photo: Robert R. Sanders)

Colin Bancroft is currently living in the North Pennines where he is finishing off a PhD on the Ecopoetics of Robert Frost. His first pamphlet Impermanence is out in October with Maytree Press

Róisín Leggett Bohan lives in County Cork, Ireland. She writes short stories and poetry. Her work often explores the theme of historical connections, the pull of ancestors and the indelible marks they leave behind. Her short stories have been published by Eyelands Press and Cork County Library. She finds a curious beauty within the collisions of circumstance and she explores the bravery that lies beneath vulnerability. (Photo: Róisín Leggett Bohan)

Keith Brighouse grew up in South Yorkshire, England. After an apprenticeship at the local coalmine, he travelled round Europe for several years, working in menial jobs he files under experience. He studied art at Rotterdam Academie voor Beeldenden Kunsten and sculpture at Sheffield City Polytechnic. He has worked in a variety of teaching and other jobs over the years to fund both his writing and his art. He now resides in Leeuwarden, the Netherlands.

Roger Camp lives in Seal Beach, CA where he gardens, walks the pier, plays blues piano, and spends afternoons with his pal, Harry, over drinks at Nick’s on 2nd. When he’s not at home, he’s travelling in the Old World. His work has appeared in the Poetry East, Gulf Coast, Southern Poetry Review, and Nimrod.

Joe Cottonwood has built or repaired hundreds of houses to support his writing habit. His latest book is Foggy Dog: Poems of the Pacific Coast. He’s a pretty good carpenter and a crackerjack grandfather in the Santa Cruz Mountains of California. 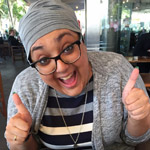 Darya Danesh is an Iranian-Canadian memoir writer. In 2014, she laid her roots in Amsterdam to pursue a graduate degree and now holds an MSc in Persuasive Communication. Her Joan Didion-esque prose brings readers into her experience, on her level. To date, her writing has focused on her life as a cancer patient-turned-survivor, and the complications that led to severe chronic lung disease.

William Doreski has published three critical studies and several collections of poetry. His work has appeared in many print and online journals. His most recent books are Water Music and Train to Providence, a collaboration with photographer Rodger Kingston.

Claudia Gary’s most recent chapbook is Genetic Revisionism. Author of Humor Me (David Robert Books, 2006) and poems in journals and anthologies internationally, she also writes health and science articles for VVA Veteran (vvaveteran.org). She launched her new course, ‘The Poetry of Science, the Science of Poetry’, in 2019 at NIH (GENL355, faes.org), and teaches workshops on sonnets, villanelles, and metre at The Writer’s Center (writer.org). Readers can learn more at pw.org/content/claudia_gary and follow @claudiagary.

Gene Groves had 35 poems in Flambard New Poets 2. Her poetry has appeared in various places, print and online, including Pre-Raphaelite Society Review, The Interpreter’s House, Orbis, New Welsh Review, Diamond Twig, Writers’ Cafe, Obsessed With Pipework, Prole and The Poetry Shed. She is originally from Rhyl, Wales but now lives in Northumberland, UK. Before marriage, her surname was Tierney and she was named after an American film star. (Photo: Emma Phillipson)

Robin Helweg-Larsen is British-born but Bahamian-raised. His chapbook Calling The Poem is available as a free download from Snakeskin Poetry Webzine, issue 236. He edits Sampson Low’s Potcake Chapbooks – Form in Formless Times series from his home in Governor’s Harbour on Eleuthera, and blogs at www.formalverse.com. 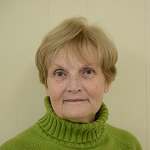 Dianne Kellogg is an Ohio native who married a ‘country boy’. She has spent the last forty-eight years in Ohio’s rural northeast snowbelt. She has two daughters and seven grandchildren. Family, surroundings and a Welsh heritage have strongly influenced her work. Kellogg has a BA from Hiram College. She studied watercolour under Florian Lawton and has worked as a muralist and interior decorator. Having retired from governmental fund accounting, she now has time to pursue photography, poetry and watercolours. 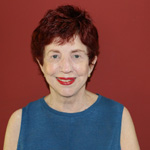 Sigrun Susan Lane is a Seattle poet. Her poems have appeared in a number of regional and national publications including Crab Creek Review, Seattle Review, Sing Heavenly Muse, Malahat Review, and others. She has received awards for poetry from the Seattle and the King County Arts Commissions. Lane has published two chapbooks, Little Bones and Salt both from Goldfish Press.

Susan E. Lloy is the author of two short story collections, But When We Look Closer (2017) and Vita (2019). Lloy likes to write about unconventional characters and context who exist on the edges of ordinary life. She lives in Montreal. 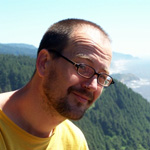 Nathan Alling Long’s work has won international competitions and appears in over a hundred publications, including Tin House, Story Quarterly, and The Sun. The Origin of Doubt, a collection of fifty stories, was a 2019 Lambda finalist; his second manuscript was an Iowa Fiction Award semi-finalist. A recipient of a Mellon Foundation grant, a Truman Capote fellowship, and scholarships to Bread Loaf and Sewanee Writers Conferences, Nathan lives in Philadelphia and teaches at Stockton University.

LindaAnn LoSchiavo, dramatist, drama critic, writer, and formalist, is a native New Yorker. Her poetry collections Conflicted Excitement (Red Wolf Editions, 2018), Concupiscent Consumption (Red Ferret Press, 2020), and A Route Obscure and Lonely (Wapshott Press, 2020) along with her collaborative book on prejudice (Macmillan in the USA; Aracne Editions in Italy) are her latest titles. She is a member of The Dramatists Guild and SFPA. Bryan R. Monte’s poetry has appeared in Bay Windows, Friends Journal, (interview/reading at www.youtube.com/watch?v=bPMOKG_nI2E), Irreantum, Poetry Pacific, the South Florida Poetry Journal, Sunstone, and in the anthologies Gathered: Contemporary Quaker Poets (Sundress Press, 2013), Immigration & Justice For Our Neighbors (Celery City Press, 2017), and in Voices from the Fierce, Intangible World (SoFloPoJo, 2019). His poetry collection: On the Level: Fifty-six Poems about Living with Multiple Sclerosis, is in search of a publisher.

Sharon Lask Munson is a retired teacher, poet, old movie enthusiast, lover of road trips—with many published poems, two chapbooks, and two full-length books of poetry. She says many things motivate her to write: a mood, a memory, the smell of cooking, burning leaves, a windy day, rain, fog, something observed or overheard—and of course, imagination. She lives and writes in Eugene, Oregon. Her website is at www.sharonlaskmunson.com.

Antoni Ooto is a poet and flash fiction writer who came to writing late. Known for his abstract expressionist art, Antoni now finds his voice in poetry. His love of reading and studying many poets has opened and offered him a new form of self-expression. His works have been published in Amethyst Review, Clover & White, The BeZine, and many others. Antoni lives and works in upstate New York with his wife poet/storyteller, Judy DeCroce.

A native New Yorker, James Penha has lived for the past quarter-century in Indonesia. Nominated for Pushcart Prizes in fiction and poetry, he edits The New Verse News, an online journal of current-events poetry. 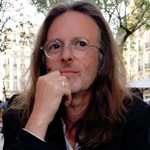 A teacher of English language, Kevin Reid travels and works between Scotland and Greece. His artwork and poetry can be viewed and read in various online and printed journals including, Prole, The Interpreter’s House, Ink, Sweat and Tears, and Under the Radar. A mini pamphlet, Burdlife (Tapsalteerie), was published in 2017, and his latest pamphlet, Androgyny (4word), was published in May 2018. A new pamphlet will be published by 4word in 2020.

Thomas Stewart is a Welsh writer based in Edinburgh. His pamphlet, empire of dirt, was published by Red Squirrel Press in 2019. His work has also featured at The Glasgow Review of Books, Oh Comely, And Other Poems, among others He can be found on Twitter at @ThomasStewart08.

Meryl Stratford lives with her husband, Richard Magesis, in Hallandale Beach, Florida. She is an associate editor for the South Florida Poetry Journal. Her chapbook, The Magician’s Daughter, won the 2013 YellowJacket Press Contest for Florida Poets, and her poems have appeared in numerous journals and anthologies. A video of her poem, ‘Ruffian,’ first published in AQ19, can be viewed at https://youtu.be/AU-LzZ13MJU

Mantz Yorke is a former science teacher and researcher living in Manchester, England. His poems have appeared in print magazines, anthologies and e-magazines in the UK, Ireland, Israel, Canada, the US, Australia and Hong Kong. His collection, Voyager, is published by Dempsey & Windle.